Share this on Twitter
I decided to start a series of posts about fast cars that will be called Super Speed Friday. Here is the first installment, which is all about the 2012 Pagani Huayra. If you haven’t heard of this car, read on, you’re in for a treat. 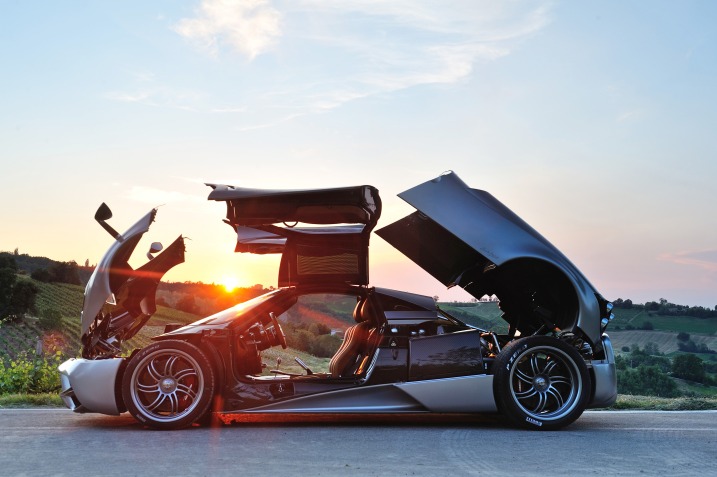 I got my first real look at the Huayra when it was on Top Gear UK last year. When all the doors on this super car are open, it almost looks like a transformer. Just a few simple lifts give very clear access to all parts of this car from the top down. I also love that it employs the “gull wing” door design synonymous with over a dozen of the hottest cars ever made, including the Gumpert Apollo and the DeLorean DMC-12.

The 2012 Pagani Huayra draws it’s name from the Incan god of wind and can go from 0-60mph in 3.2 seconds. It has a top speed of 230mph and has remarkable handling even around corners. The cost of the car is well over $1 million and a good share of that is spent on detail. All of the car’s nuts and bolts are made from titanium, except for the name plate which takes over a day to be carved out from one solid piece of aluminum. The wheels are also individually carved from single blocks of aluminum, a process that takes 5 days. The detail throughout the interior of the car has a very steam punk vibe to it, updated beyond our years and yet Victorian classic at it’s core. The Huayra has an incredibly aerodynamic design as well, which allows for a very smooth drive even at fast speeds. It’s engine is mounted low, which allows for a very stable driving experience, even at fast speeds and around corners. The car also has drag fins, moving flaps located on the front and rear of the vehicle that help stabilize it at any given speed.

The Huayra’s engine was built by the AMG devision of Mercedes-Benz. Powering this road monster is a super speed Six Litre Twin Turbo V12 engine, which employs a rather superior method of lubrication known as dry sump. For those who do not know, most cars have wet sump lubrication. What this means is that after the oil goes through the engine, then it sits in a pan at the bottom where it is collected until it it recirculated. In cars that use dry sump lubrication, the pan where the oil lands is very small and the oil is almost immediately removed by a scavenge pump. The vehicle in question can have any number of scavenge pumps, which remove the oil for cooling and deaeration before it is used again. Use of dry sump lubrication on the Huayra enables the engine to be mounted lower, thus giving the car a lower center of gravity. A lower mounted motor with a greater center of gravity is absolutely ideal for super cars, racing cars, and even some aircraft, as the design is beneficial to performance. 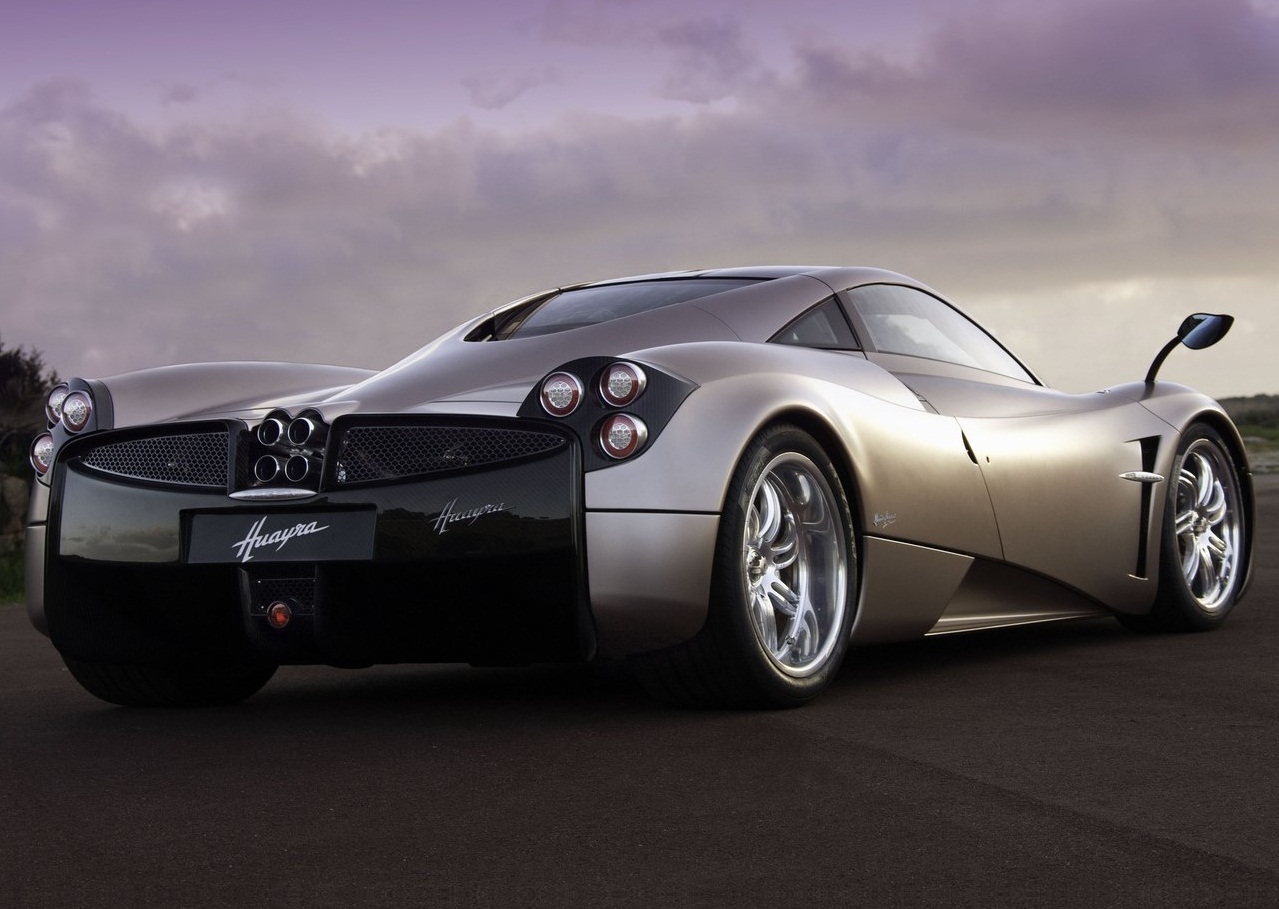 Every part of the 2012 Pagani Huayra screams super car. While other sports car manufacturers have blown up over the years and branded themselves heavily, Pagani purely concentrates on designing and achieving automotive excellence. Ever since their release of the Zonda, I have been a fan of this company and what it stands for. You won’t find them clamoring to get to the top of the luxury car pyramid. However, you will find them continuously producing some of the most sought after machines in the entire automotive industry.